“What do you think will be the most exciting thing for web perf community in 2018?” That’s exactly what we asked 8 industry experts whose various specializations provide many interesting points of view.

The following experts took part in this roundup (random order):

There’s something to learn for everyone given the diverse background of our contributors. We’re wishing everyone improved website performance and all the best for 2018!

On the server-side, I see a lot more implementations & adoption of HTTP/2 and it’s starting to pay off. At the same time, the Brotli compression standard is gaining more traction with better support in Nginx making it more accessible to common users. Since it’s a side-by-side option next to the classic gzip, there’s no harm in enabling it. Clients that don’t support it will fall back to other compression algorithms. Lots of bandwidth to be saved with HTTP/2 and Brotli combined, without code changes – just a capable sysadmin.

On the code-side of things, I love the pushes that PHP is making to get faster & faster with each release. Now that the 5.x branch is going end of life, more users will (have to) switch to PHP 7.x, which out of the box is twice as fast. Combine that with frontend optimizations like websockets, service workers & local storage and we’re looking at a more responsive & faster web, with more offline-capabilities.

Mattias has an interest in technology, both development of applications as well as systems administrations – focusing mostly on Linux and everything open source. He also runs cron.weekly – a weekly newsletter about Linux and open source. 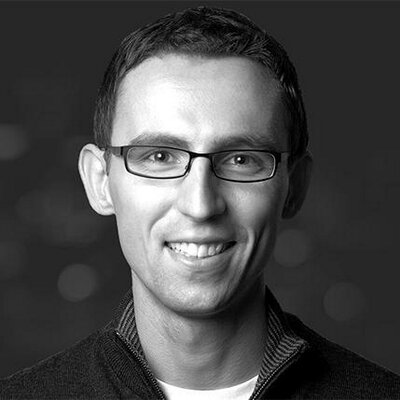 A much stronger industry alignment on optimizing for real-world user experience metrics on the web: measuring business KPIs against real-world performance, updating our tools to prioritize high-ROI user experience optimizations, and building broad industry awareness of the common challenges and opportunities in this space.

In 2017 we’ve made big strides in improving our measurement capabilities — e.g. exposed new browser APIs to help measure paint times (Paint Timing API) and long tasks and interactivity (Long Tasks API). Also, with the launch of the Chrome User Experience Report we now — for the first time ever — have the ability to investigate performance of key user experience metrics across all the top sites on the web, benchmark individual sites against competition, incorporate real-world user experience data into our tools, and much more. In short, we are now in a position to have a much stronger and data informed conversation for how we can improve the overall user experience on the web.

Ilya is a web performance engineer at Google, co-chair of the W3C Web Performance Working group, and author of High Performance Browser Networking (O’Reilly) book. In short, an internet plumber.

It’s a very broad discipline and the answer depends on the standpoint. We can’t say that everything fits one solution. It’s about being able to deliver the right content to the right device in the best way possible. Delivering to desktop and mobile is very different. It has all come a long way, but the technology itself doesn’t change.

Customers profit from the industry development – they can do more with less. There has to be a methodology and a way to measure everything. It’s a matter of making the services easier to adopt and having more tangible ROI. Continued adoption of all the protocols, techniques and features helps the industry over time. It’s always organic so any major breakthroughs can’t be expected.

Dan Rayburn is considered to be one of the foremost authorities, speakers, and writers on streaming media technology, content, and business models. He has been quoted in more than a thousand news items by nearly every major media outlet over the past twenty years.

The most exciting for me are the continuous improvements pushed by Google and other companies towards a faster mobile experience. I think that browsing the web on a mobile device is still very problematic.

With the AMP project, progressive web apps and other new technologies they are basically forcing publishers to create a better experience for mobile users.

I’m a security guy. You know, security only works if you care (yes, you too!) And if it works it’s invisible. And if it’s invisible you don’t care anymore. Seems like a circle, right.

Then there’s another thing with security: it’s hard to measure the return of investment, not only because it’s almost invisible, and I mean the security. Most of the times you can’t just say we invested 1 gazillion into security (whatever that means) and because of that we made 20 bazillions of money. So how to break the circle and how to count the ROI?

Make security a by-product of performance. People care about speed, because you see it, you can almost feel it and definitely, you can convert it to cold hard cash. We’ve seen it with HTTP/2, the speedy successor of the HTTP protocol powering the web: although it has a cleartext variant “h2c”, major browsers won’t support it. (They promised.) So when people want to move to this faster protocol, they also have to move to HTTPS, there’s no other option.

Take for example Stack Overflow: as explained by Nick Craver, they wanted security, but security alone wasn’t enough justification for the investment. Cue in HTTP/2 and suddenly they could justify it, because of performance.

There are other examples, like Brotli, the compression algorithm which in browsers as a Content-Encoding method is restricted to HTTPS connections only.

We’ll see more of such “collaborations” in the near future, and to me that’s exciting: the web perf community making stuff faster is making users, including the perf community itself, more secure, just by the way. Wait, is that yet another circle? Oh no. Anyway, thanks for that!

New image formats (like FLIF and HEIC) are exciting updates that we may see in the near future, but even more impactful (and more likely) are image alternative formats. I’m primarily talking about video instead of animated gifs. Two years ago, we saw the GIFV emerge, and this year we finally saw video formats possible inside of the image tag (within Safari Tech Preview).

This is super exciting, because we get the same kind of image preloading and developer experience (with both inline images and background images), but can use a format that is a fraction of the size of the gif. With silent video autoplay on mobile back since iOS 10, it was just a matter of time until this technique expanded into a better animated image integration. I’m really hoping other browser vendors follow in the footsteps of Safari (wow, didn’t think I’d be saying that) and implement this!

For me, one of the most exciting things in 2018 is that there’s going to be at least three conferences focused on Web Performance – Smashing Conference London, PerfMatters, and DeltaV.

Front-End Performance is now a common topic at many conferences but it wasn’t always that way. Velocity Conference helped start the community but when Velocity dropped web performance as a topic we lost an important place where we could get together to share ideas, experiences, challenges and learn from each other.

I think it’s really important that we have places where we can get together and hangout with other people who focus on performance. The meet ups around the world do a great job of this on a local level but sometimes something bigger is needed to encourage people to travel from afar.

So I’m really looking forward to the new conferences, to seeing old friends and making new ones, and learning from them all. Hope to see you there too!

Andy is a web performance advocate at NCC Group. Before joining NCC Group he was a freelance consultant who specialised in helping people to understand and improve the performance of websites, webapps etc.

I’m hoping that the biggest and most exciting thing for the community in 2018 will be HTTPS (that’s kind of a cheat answer because it means I can talk about a few different things that are all enabled by HTTPS!). First and foremost we’re really hoping to see the introduction of TLSv1.3 in 2018, the brand new version of the protocol that powers HTTPS. With that new version comes added security and some pretty significant performance advantages too. With the temptation of TLSv1.3 driving adoption of HTTPS across the web there are also several other performance boosting features that sites can enable.

Things like Brotli compression, which is far more efficient than gzip, will be a real win for sites that switch from HTTP to HTTPS. Once your site is served using HTTPS you can also use HTTP/2, the new version of the HTTP protocol that gives us native header compression, connection multiplexing and rids us of old hacks like domain sharding and image sprites, amongst many other benefits.

2018 is going to be the year of the encrypted web but deploying encryption isn’t just about security, it’s about going faster too!

Scott Helme is a Security Researcher, international speaker and blogger. He is also the founder of securityheaders.io and Report URI, free tools to help organisations better deploy security.

In 2016, we already conducted a more in-depth interview with Ilya Grigorik. It’s still an up-to-date interview about technology innovations and web performance development, so we suggest reading the older interview as well.

The topics Ilya mentioned year and a half ago are certainly a big thing nowadays. HTTP/2 is an industry standard. TLS 1.3 is still going through the IETF standardization process, but CDN77, Akamai and Cloudflare already support it on a limited scale. QUIC has its roots at Google and will take more time to be deployed outside Chrome and Google websites.

We recommend a recent article by Mark Nottingham  to learn more about development of these protocols.

Such diversity in the answers indicates that there’s a lot of topics that need to be taken into consideration for website performance optimization in 2018.

CDN77 is known to be an innovation leader, making the newest features, such as HTTP/2, Brotli or TLS 1.3 Beta, accessible as soon as possible. And we’re excited that the web performance community is on the rise.

Let’s make the web faster and more secure together. It could also contribute to cutting down on the CDN costs. And that’s already a lot of pretty cool bonuses, right?

Are you excited too? Is there anything that wasn’t brought up this time? Let us know!